WEIMAR, GERMANY - JULY 28: The band Siach HaSadeh performs during a concert at Yiddish Summer Weimar on July 28, 2018 in Weimar, Germany. The annual four-week summer institute and festival, attracting students, artists, educators and audiences from more than 20 countries to its workshops, concerts, film presentations, lectures, symposia, cooking classes, dance and theater performances and jam sessions, is currently the longest and most intensive program concerning Yiddish language and Jewish music, including Klezmer as well as other types such as Hasidic and Cantorial music, in the world. The event also implements the traditional music's origins, evolution, and its merging with other genres such as Middle Eastern, jazz and regional folk. The festival, which started as a weekend workshop in 1999, has received awards from the European Union, the European Commission, the German Music Council, and the German Federal Cultural Foundation, and chose Weimar as a location for the series among other reasons thanks to the historic symbolism of the city, home to authors Johann Wolfgang von Goethe and Friedrich Schiller, Bauhaus School founder Walter Gropius, and painters Caspar David Friedrich, Paul Klee and Wassily Kandinsky, as a liberal host to the arts. The event, which this year last from July 20-August 18, represents a rebirth of post-Holocaust Jewish culture in the country. (Photo by Adam Berry/Getty Images) 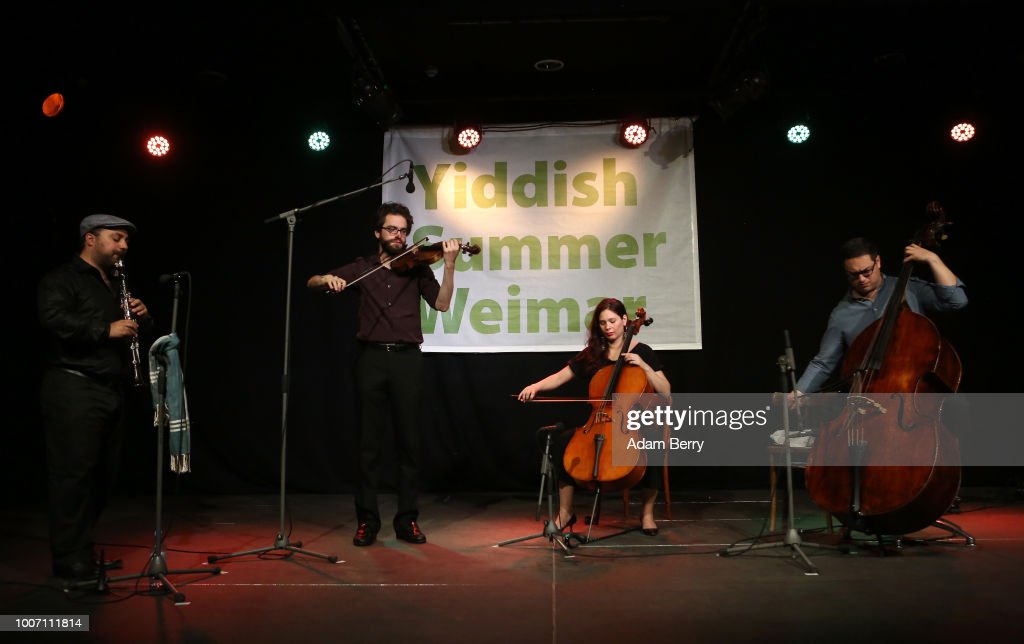